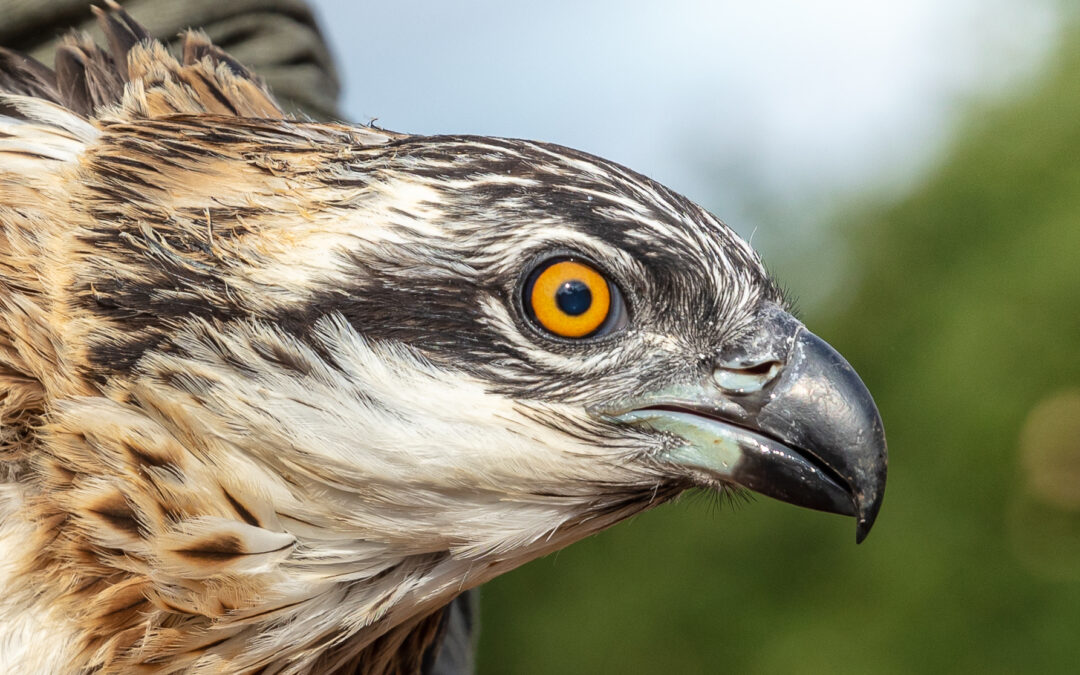 We are so excited that two Osprey chicks have been reared naturally on the Belvoir Estate. It is the first time in more than 200 years!

It is the culmination of an eight-year biodiversity project coordinated by members of the local community in conjunction with the estate. Tenant farmers, the Roy Dennis Wildlife Foundation, the Leicestershire and Rutland Wildlife Trust, and Western Power have also been involved.

Beth Dunstan, the Environmental Project Manager here said: “We are delighted to have attracted ospreys naturally back to Belvoir after all this time. They are beautiful and iconic birds and are right at home in this fantastic landscape. We have many lakes, reservoirs, streams and even a canal nearby to fish. It has been a real triumph for persistence, teamwork and collaboration.”

We became aware that ospreys were visiting the area eight years ago. Since then we have worked to identify potential sites for nesting platforms on the estate. We started building in secret locations and maintaining them each year in the hope the birds would find one to their liking.

Beth added: “It was a case of hoping ‘if we build it, they will come’. Thanks to good site selection, within a few seasons a male was naturally prospecting both of the two platforms.

The male was identified by his ring as 4K, who hatched at Rutland Water in 2013. He is fitted with a satellite tag so we are able to follow his amazing migration back to Guinea in Africa each autumn. This is over 3,000 miles away! We will also track his return trip back to Belvoir each spring. Having had a few false starts in past, he finally established a pair bond. The female is unringed probably Scottish-born. We crossed our fingers and hoped for success and we are thrilled with the two chicks reared! They have both been ringed recently, and have now fledged.

The migration of 4K to Western Africa this autumn is to be followed in person by a team from the charity Conservation Without Borders. This is led by Sacha Dench – the Human Swan and UN Ambassador for the Convention of Migratory Species. It is a great opportunity to follow and understand the habitats and obstacles on the ground as 4K undertakes his annual migration.

A note from The Duchess…

The Duchess of Rutland said: “We are absolutely delighted with the return of breeding Ospreys to Belvoir. It forges our bond with the county of Rutland, given the male parent osprey was born at Rutland Water as part of that successful project, and has chosen here to breed. With as few as 30 breeding pairs of ospreys in England it is still very rare to see.”

“It seems amazing to think that the osprey probably last bred at Belvoir back at the time when Capability Brown was surveying the castle grounds in the late 18th Century to draw up his proposed landscaping plans. With Brown’s originally unfinished plans recently completed and established at Belvoir, and so much wildlife conservation work undertaken here, it seems a fitting ‘stamp of approval’ to have the Osprey back. It’s as though we have come full circle. Our link to the past forging a new future for wildlife.” 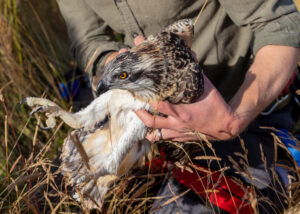