Ponds tend to be smaller in size than lakes, and much shallower. Even so, they still support a huge range of species and are valuable parts of the global freshwater system. Ponds host up to 2/3rds of all freshwater species! They not only provide a breeding ground for frogs, dragonflies, and other invertebrates but also attract bats such as the Daubenton’s Bat which flies low over the surface to feed on small insects.

Many ponds have been neglected over the years and are now full of silt and vegetation however at Belvoir, Phil and the team have been working hard to clear ours and return them to their former glory so they might support many different animals for years to come. 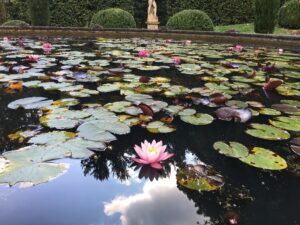