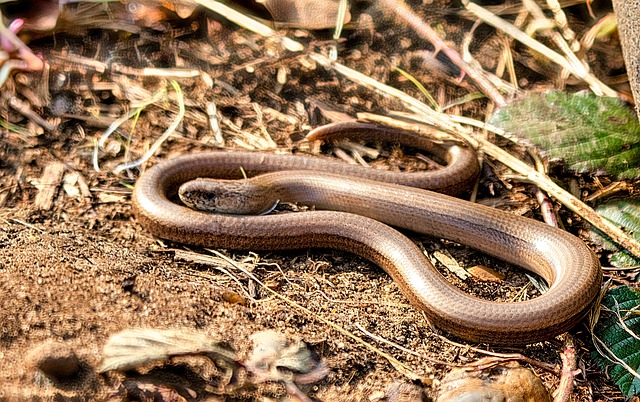 HABITAT: Heathland, woodland edges, grassland and even your garden/allotment, basically anywhere with a suitable place to sunbathe and lots of green cover to hide from predators! They are distributed across the UK but are relatively uncommon in Leicestershire.

IMPORTANCE: As both predator and prey, slow worms play an important role in many food chains. They are completely harmless and helpfully munch pesky slugs in the garden so don’t panic if you see one!

THREATS: Slow worms have no defence against domestic cats. They are also thought to be declining due to habitat loss from agriculture and urbanization.

FUN FACTS This creature is actually a legless lizard! It is not a worm or a snake despite its name and appearance.

Back to Fact File