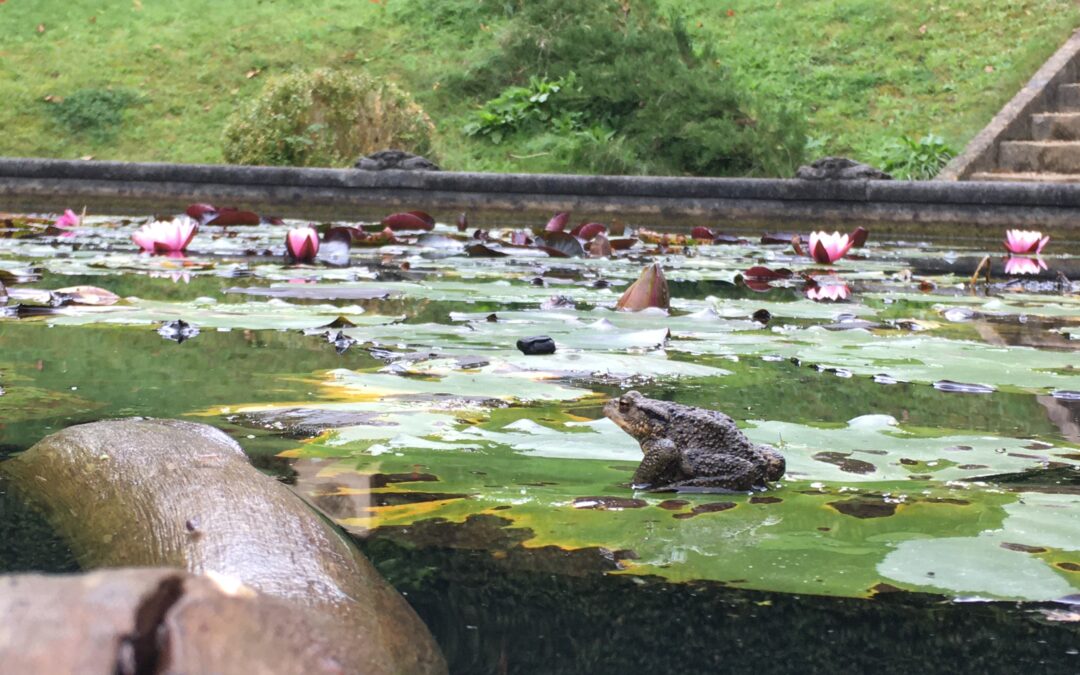 CONSERVATION STATUS: Least concern, toads are protected in the UK under Wildlife and Countryside Act 1981. They are a Priority Species under the UK Post-2010 Biodiversity Framework.

HABITAT: Woodland, hedgerows and gardens with water sources such as ponds, lakes and rivers. They usually prefer deeper ponds to those used by the common frog and don’t need their habitat to be as moist.

IMPORTANCE: Toads eat pesky slugs and snails and other invertebrates from gardens and crop fields. As both predator and prey to many species across aquatic and terrestrial habitats, they are also good indicators of water and habitat quality.

THREATS: Despite being ‘Least Concern’ on the IUCN Red List, toads are thought to be in decline in the UK due to habitat loss and fragmentation. This is the case, particularly where roads and buildings are becoming barriers to migration. Climate change is also affecting their hibernation periods.

FUN FACTS: Toad spawn is laid in long strings, unlike frog spawn which is laid in clumps. Have a look out for the differences in our lakes and ponds. P.S. toads have been spotted in the statue garden lily pond.

Learn about their habitat here!