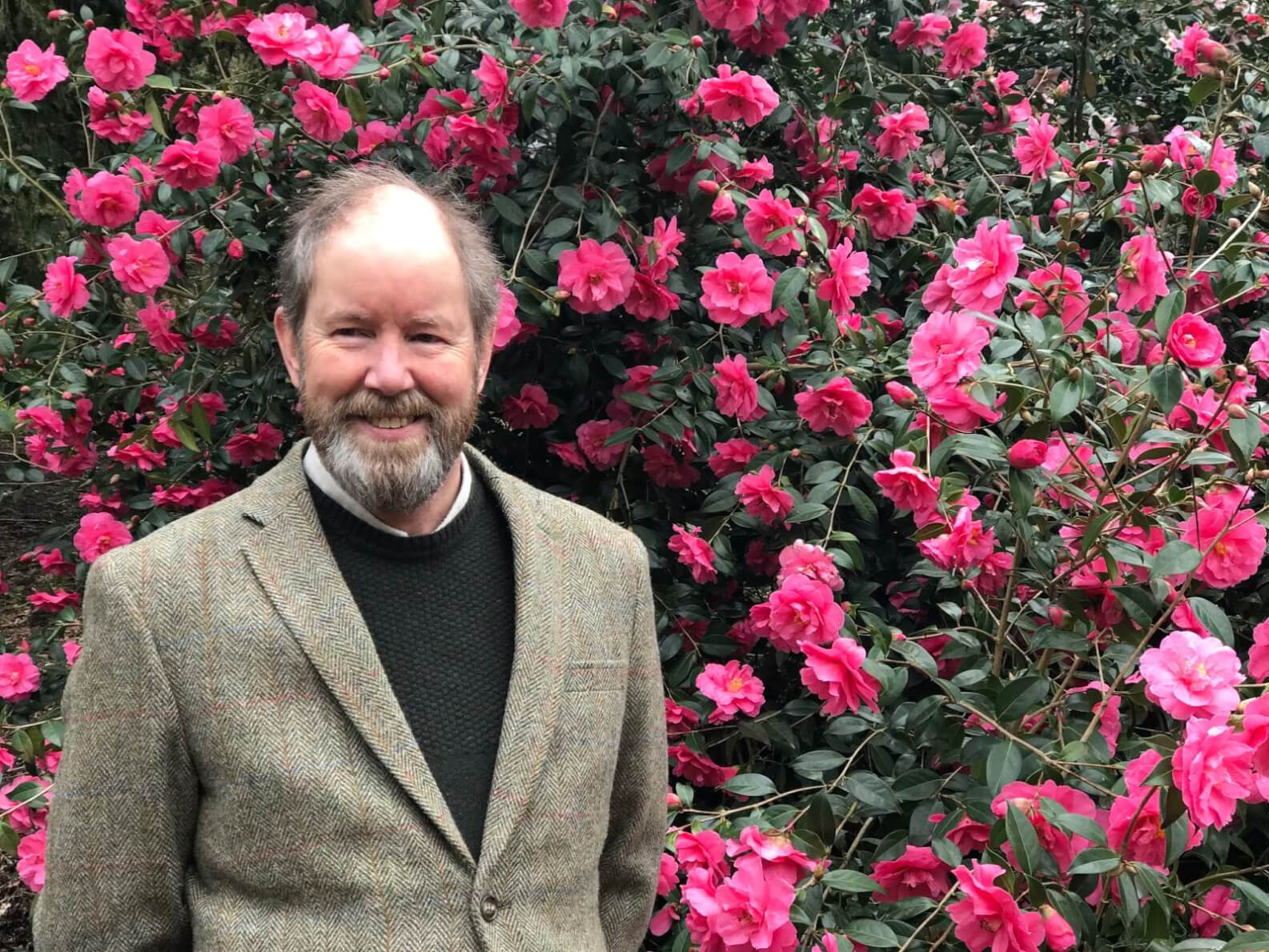 Tom Webster is full-time gardener at Belvoir Castle. It provides plenty to keep him busy. Tom explains that although the previous gardens are impressive, you can’t rest on your laurels, “there’s some amazing work that’s been done here in the past, but a garden doesn’t stand still and so you can’t either.”

His attention is focused on the gardens which surround the impressive castle, hailed as one of the finest examples of Regency architecture in the world. The gardens aren’t outshone by the castle though, with differing length walks giving visitors the chance to explore all they have to offer, the shortest of which lasting 20 minutes, and the longest three hours.

Rose Garden
The Castle’s exquisite rose garden has recently been renovated, with 11-time Chelsea Gold medal winner, David Stevens, responsible for its updated design. Famous garden designer, Harold Peto, was responsible for the original design, so they were in great need of a refresh. Harold’s plans have only recently been discovered in the Belvoir archives, and reveal the Rose Garden is boat-shaped, with the Chinese horse at the bow and the circular seat at the stern. David’s plans included the extension of the garden which involved the removal of some of the lawn area, and in this space he designed a rose arch to create a linear walkway, drawing visitors through the garden.

When developing the original rose garden, Peter Beales himself worked with the Duchess to hand select the right species for the planting scheme. For the regeneration, the task lay in the hands of Ian Lima, and what better rosarian to take up the job than Ian, having grown up with the Beales family and worked with them since he was at school.

Tom explains he got to advise on some of the roses chosen, “I suggested a few old varieties as well, which we have interspersed amongst the newer roses, because I like a rose with a history to it. Also, the fragrance from the old roses is unparalleled.” Amongst these varieties is Rosa × alba ‘Alba Semiplena’ commonly known as white rose of York, Rosa ‘William Lobb’ which only flowers once but gives off a sensational fragrance when it does, as well as Rosa gallica ‘Versicolor’ and Rosa ‘Sally Holmes’ which Tom loves for its spectacular grouping.

Establishing themselves in two other beds in the rose garden, Tom has planted some Itoh peonies, a cross between herbaceous and tree peonies. Tom explains, “these have been bred so that they are quite tall, will flower over a longer period and produce sensational large blooms in a variety of colours.” Tom also planted some lilies and tulips, with the best intentions of creating a progression of flowering which wouldn’t clash and give the garden extended interest. With the unexpected weather, things didn’t quite go to plan though, “our flowers came up early this year because of the climate. The lilies came up first, and then the tulips, and nothing happened with the peonies at all.” Tom has faith they will work next year however, and has plans to plant spray Chrysanthemums in amongst the gaps to further the progression of flowering.

Tom is lucky enough to have not suffered terribly with pests and diseases, which he attributes to the location of the rose garden, “the roses got a little bit of blackspot this year, but I haven’t had to spray them yet. Where I live, down the hill in the village, I have it on all my roses, but I think the castle’s roses aren’t at as much risk because the garden here is fairly exposed and has excellent air flow.”

The Duchess Garden
The Duchess garden is thus named because the last Duchess, Dowager Duchess of Rutland, rediscovered them. Tom explains, “during the war when a lot of the men from the estate had gone to war, not a lot of work was being done on the garden. Fast forward to 1970 and whilst out on a walk, The Dowager Duchess of Rutland came to a gate and saw lots of overgrown boarders and paths.” Previously titled the Spring Garden – not due to spring planting but due to the abundance of natural springs in the hills and banks – the garden is now made up of winding steps and herbaceous boarders. The garden also boasts one of the few root and moss houses in the country and from this perch, visitors can look out through the variety of unusual trees and shrubs which make up the Duchess’ garden.

Future plans
Tom has been cultivating a wildflower meadow in his own garden at home to experiment with, in the hopes of replicating it on part of the estate, “there are definitely some areas which would really benefit from a wildflower meadow. It would reduce the amount of areas we have to strim as well, so could be beneficial all round.” He also has lots of exciting plans to keep developing the other gardens, which Tom wants to keep under wraps for the time being. His plans will add to the amazing work which has already been done, highlighting the individual characteristics of each garden even more, with lots of unique elements planned, which may not have been seen anywhere else in the country.

Belvoir Castle is also a finalist in the Historic Houses Garden of the Year awards – a public voted award organised by Historic Houses Association. The results will be announced in November at their annual general meeting, and Tom and the Duchess have high hopes of winning this year. Tom’s aspirations boil down to a simple desire though, “it’s all about how the visitors feel when they leave here. I want them to be inspired, to take away ideas and enjoy the gardens so much they tell everyone they know.”

This is an extact from an original article published in Pro Landscaper September 2019.