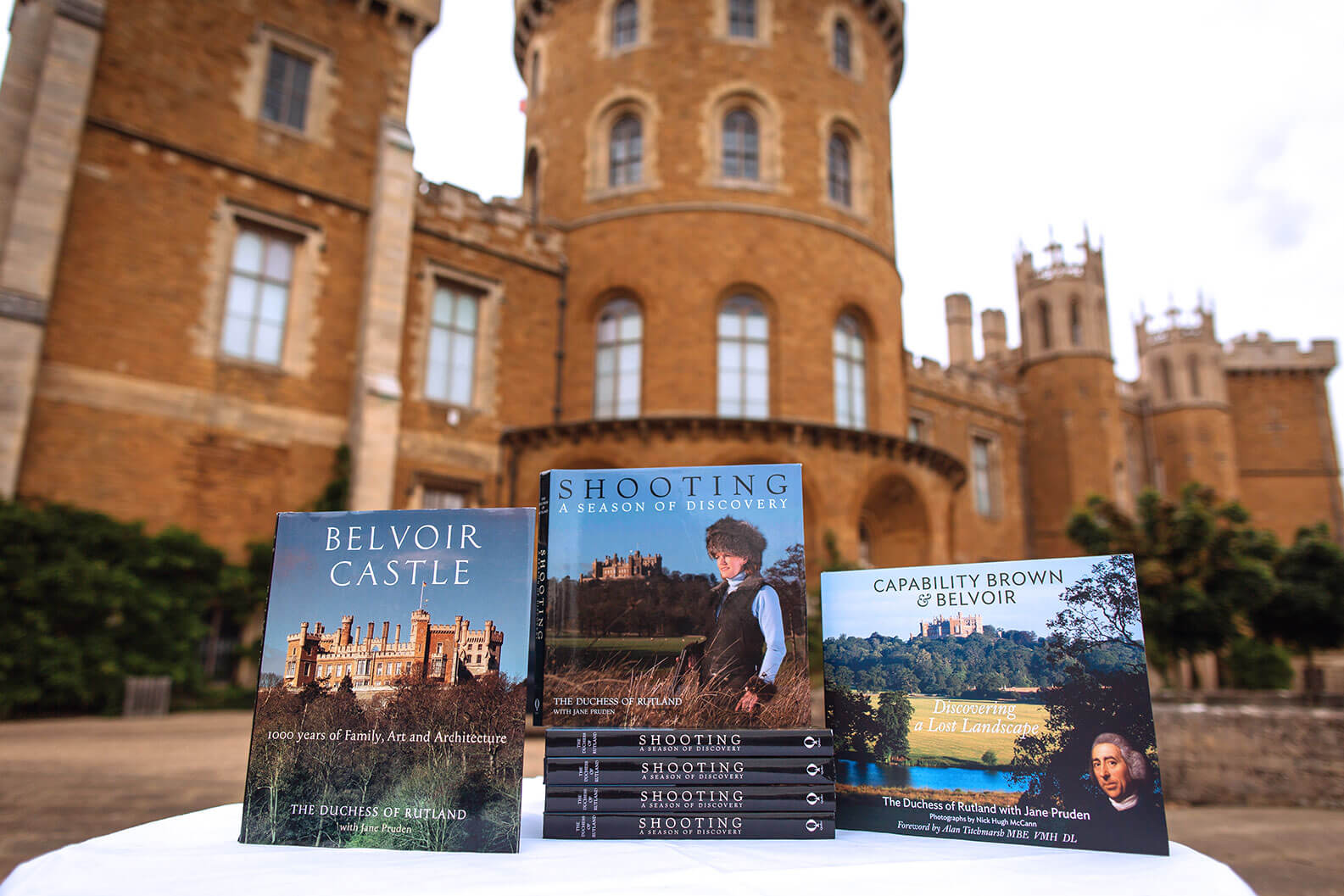 The Accidental Duchess: From Farmer’s Daughter to Belvoir Castle

Life in a castle isn’t always a fairytale, as the Duchess of Rutland vividly illustrates in her fascinating, revealing and funny autobiography.

When Emma Watkins, the pony-mad daughter of a Welsh farmer, imagined her future it was as the wife of a younger version of her father. But then she fell in love with David Manners, having no idea that he was heir to one of the most senior hereditary titles in the land. When David succeeded his father, against all the odds Emma became the chatelaine of Belvoir Castle, the ancestral home of the Dukes of Rutland.

She had to cope with five boisterous children while faced with a vast estate in desperate need of modernisation and staff who wanted nothing to change – it was a daunting responsibility. Yet with sound advice from the doyenne of duchesses, ‘Debo’ Devonshire, she met each challenge with optimism and gusto, including scaling the castle roof in a storm to unclog a flooding gutter; being caught in her nightdress by mesmerised Texan tourists; and disguising herself as a cleaner to watch the filming of The Crown. She even took on the castle ghosts . . . At times the problems she faced seemed insoluble, yet with her unstoppable energy and talent for thinking on the hoof, she won through, inspired by the vision and passion of those Rutland duchesses in whose footsteps she trod, and indeed the redoubtable and resourceful women who forged her, whose homes were not castles but remote farmhouses in the Radnorshire hills. 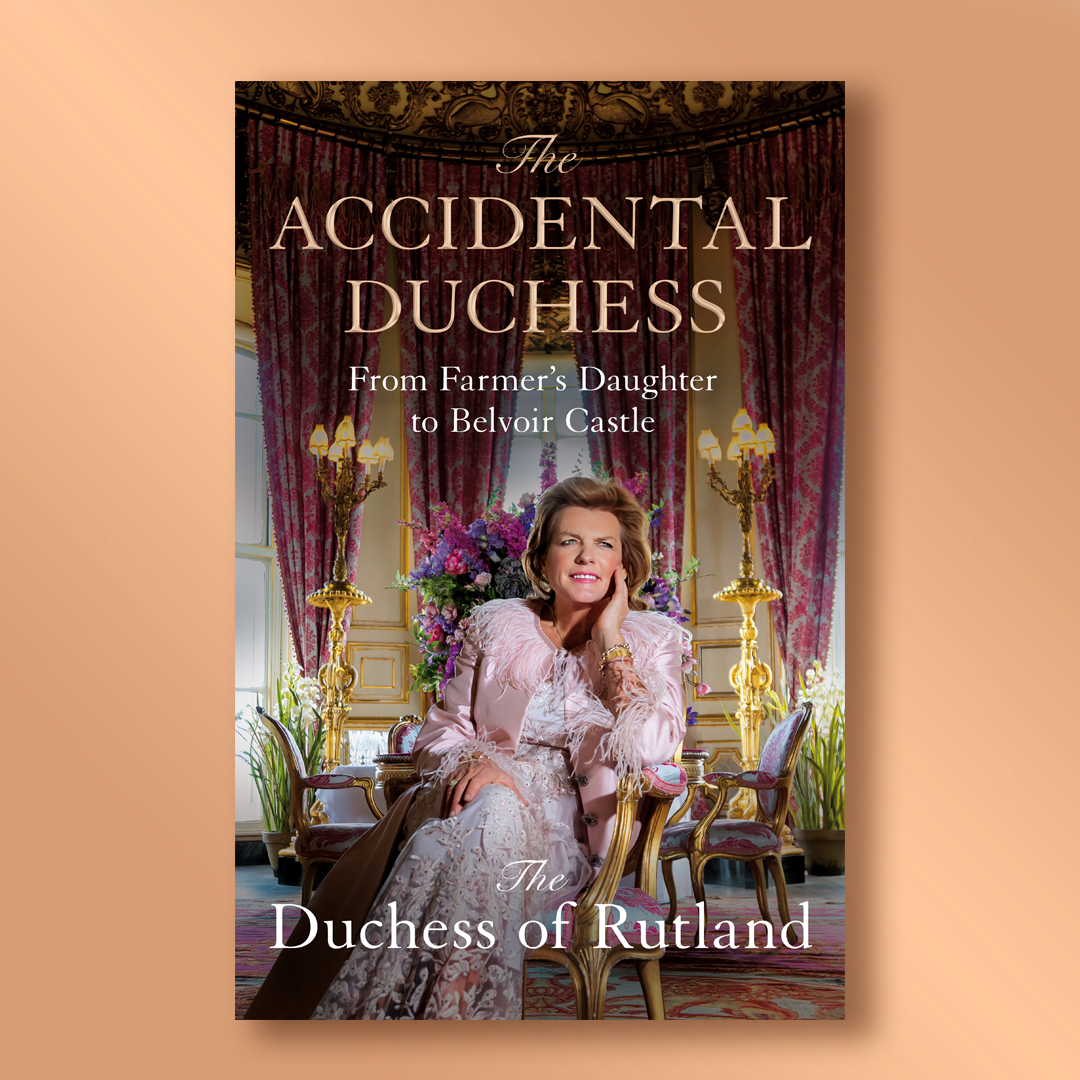 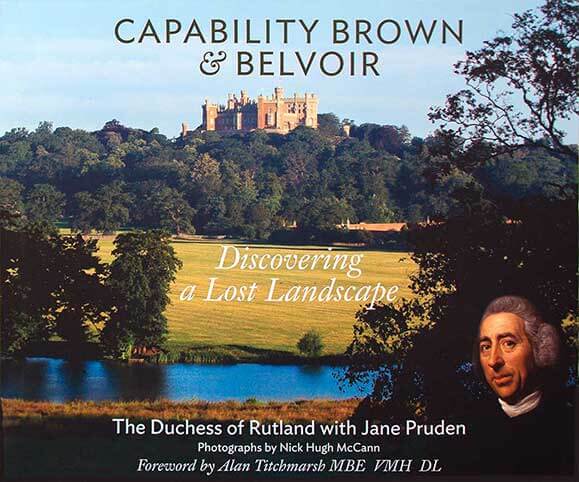 This book tells the tale of how the 11th Duchess of Rutland finished the plans & work on Belvoir’s landscape that ‘Capability’ Brown himself never got to finish.

‘Brown grows very old and nothing done towards the ornament of the Castle, Since it is denied us to live long, let us do something to show we have lived.’

Just months before ‘Capability’ Brown died in 1783, England’s greatest landscape architect, wrote these poignant words in a rare letter to one of his last patrons, the 4th Duke of Rutland.

In 2013 the Duchess of Rutland began an extensive two-year restoration project on over 500 acres of woodland. At the same time she found a huge collection of plans for Belvoir that Brown had drawn up in 1780. They were checked over by a garden historian, Steffie Shields and she confirmed their authenticity. Up until then no one knew much about the landscape of Bevloir. This book tells the tale of how the 11th Duchess of Rutland finished the plans & work on Belvoir’s landscape that ‘Capability’ Brown himself never got to finish.

Belvoir Castle: A Thousand Years of Family Art and Architecture

Belvoir Castle is one of the least known great houses in Britain. Rising like a fairy palace over the plains of the Vale of Belvoir in Leicestershire, and dating back originally to 1067, it is the home of the Duke of Rutland and both one of the finest regency homes in England, and a treasure trove of great paintings and furniture. In this book, the story of the house, its contents and its inhabitants is told for the first time by the Duchess of Rutland. Tracing the history of the 36 generations of the family who have lived there, she conducts the reader on a tour through the exquisitely decorated rooms and the fabulous collections of one of Britain’s great families. 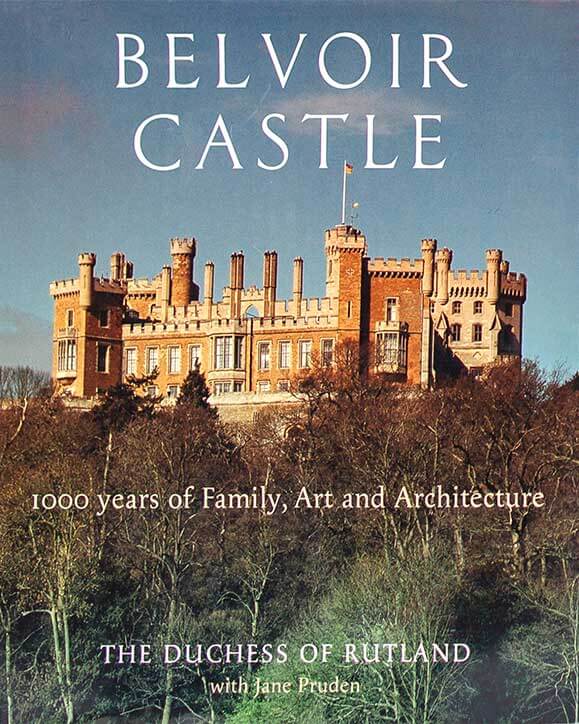 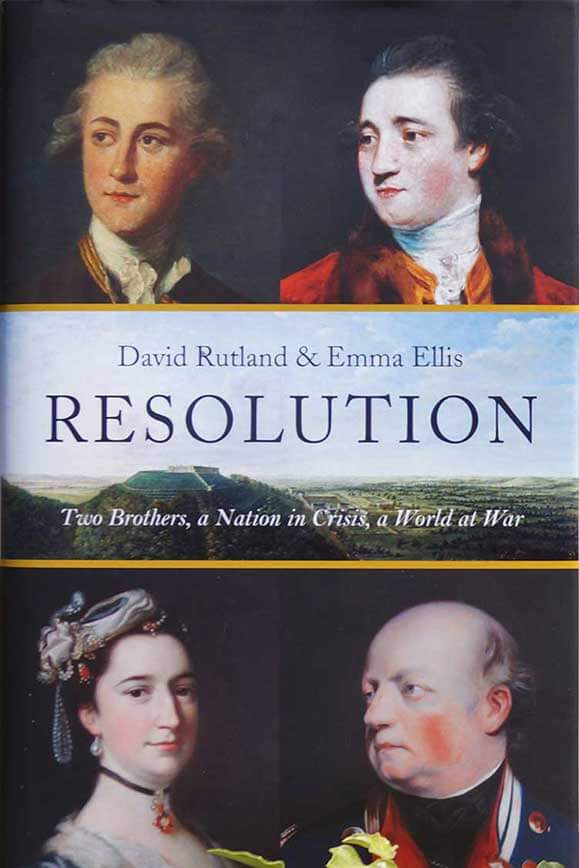 Resolution: Two Brothers. A Nation in Crisis. A World at War

John Manners, Marquis of Granby, famously led a cavalry charge during the Seven Years War in 1760, losing both hat and wig. A commander of skill and courage, he was cherished by his men and lauded by the British public as an authentic military hero.
Granby predeceased his father, the 3rd Duke of Rutland, and never inherited his title, but left two sons whose contrasting fortunes and tragically short lives are the subject of this meticulously researched and richly illustrated book. Charles became 4th Duke in 1779, sought reconciliation with the American colonies and was Viceroy of Ireland; Robert embarked on a naval career, became flag captain of the Resolution and died of injuries sustained at the Battle of the Saintes.
Based upon the detailed archives held at Belvoir Castle, Resolution is both an enthralling saga of two generations of the Manners family and a finely delineated portrait of aristocratic, political and naval life in mid-Georgian England.

Shooting: A Season of Discovery

Shooting: A Season of Discovery is a fascinating and revealing guide to some of the UK s most significant shoots along with the people who shoot and work there. Co-hosting one of the country s finest partridge and pheasant shoots with her husband the Duke of Rutland, the Duchess assumed she knew about shooting. However, talking to and watching every Gun, loader, beater and their dog at their home, Belvoir Castle in Leicestershire exposed a gaping chasm in her understanding of the sport and its relevance to our countryside. Undaunted, she visited over twenty contrasting shoots, including: John Dodd s grouse moor at Glenogil, Lord Barnard s wild bird day at Raby Castle, and western Ireland for woodcock. The book also includes recipes from generations of family favourite from the very kitchen at Belvoir Castle. Recipes such as: pheasant kiev partridge saltimbocca with peas and cream, roast mallard crown with soy and honey, smoked grouse and an old fashioned roast woodcock, which have all been cooked and updated by TV chef Mike Robinson. Showcasing stunning photography, history, extraordinary anecdotes and accounts of some of the country s finest shooting will inspire and educate country lovers, shooters and cooks alike. 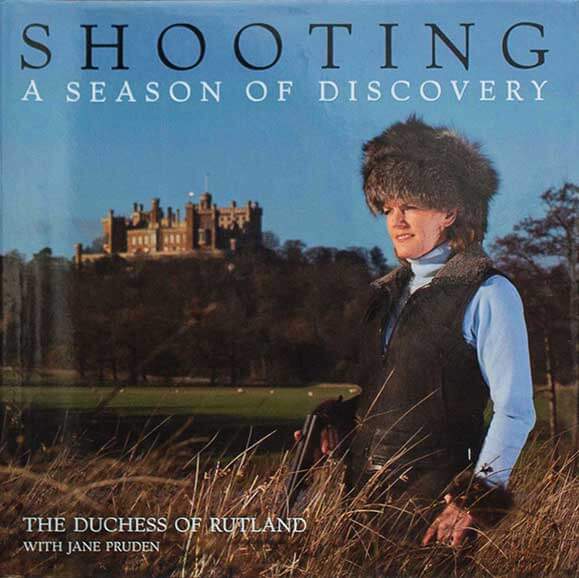