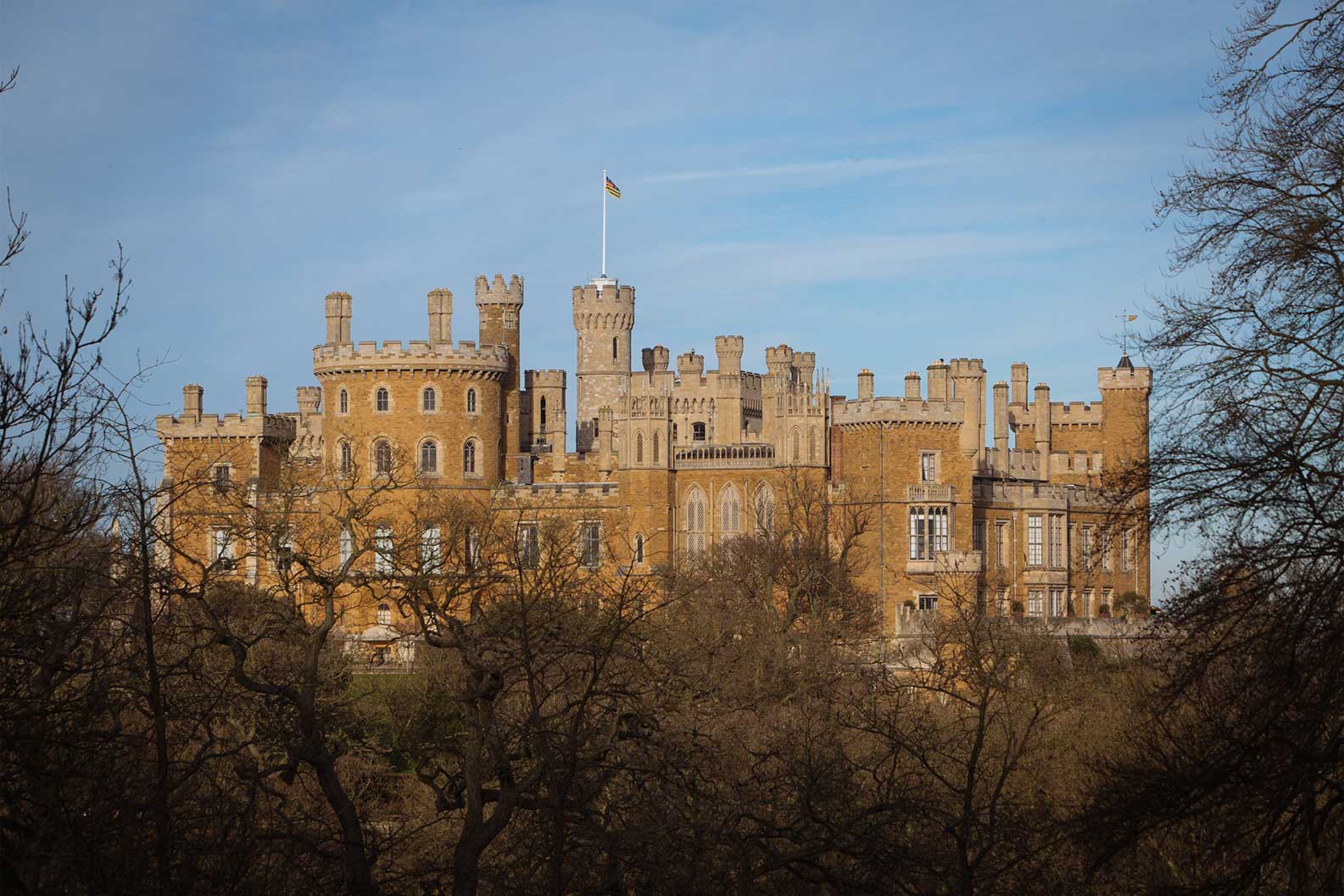 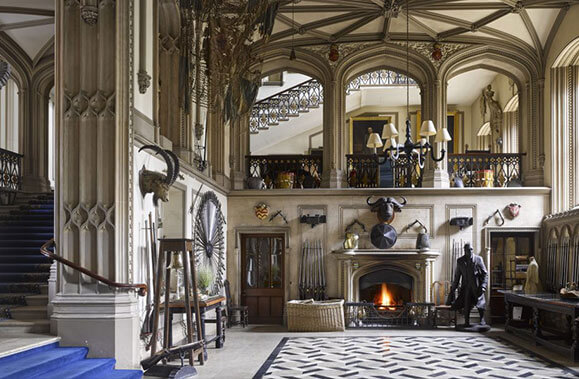 Belvoir Castle’s history dates back to the eleventh century. It is the ancestral home of the Duke of Rutland, where the family have lived in an unbroken line for almost a thousand years.

Crowning a hill, the Castle’s turrets and towers rise over the Vale of Belvoir like an illustration in a romantic fairy-tale. The name Belvoir – meaning ‘beautiful view’ in French, and pronounced today as ‘beaver’ – dates back to Norman times.

Four castles have stood on this spot since 1067, and it’s a pretty perfect location for a fortified castle. Looking over the battlements from the North Terrace of the current Castle, you can see for miles over the counties of Nottinghamshire, Leicestershire and Lincolnshire. And on a clear day, you can even see Lincoln Cathedral, some 30 miles to the North East.

A Castle Shaped by History

The land at Belvoir was a gift from William the Conqueror to the family’s first recorded ancestor Robert de Todeni. One of his Norman barons, Robert de Todeni was William’s Standard Bearer in the Battle of Hastings in 1066.

Todeni began building the first Castle here in 1067. It was built to a typically Norman motte-and-bailey design.  With a timber framed fortress in an enclosed courtyard, it took full advantage of the site’s defensive position high up on the ridge.  Todeni also founded a priory at the foot of the Castle, where he was buried on his death in 1088.

By 1464, the Wars of the Roses had taken their toll on the first castle, and it was more or less in ruins.

Belvoir rose again some 60 years later with the construction of the second Castle to a medieval design for Sir Thomas Manners. His grandfather Sir Robert Manners had married into the family, but Sir Thomas was the first Manners to live at Belvoir. The second Castle was a much nobler structure with a central courtyard, parts of which can still be recognized today.

In 1649, the second Castle was destroyed by Parliamentarians after Royalists had seized it during the Civil War (1642-1651).

The third Castle, completed in 1668 to a design by John Webb – a pupil of Inigo Jones – was created for John the 8th Earl under the instruction of his wife, Frances the Countess. She insisted on rebuilding it as a palatial country house without any resemblance to a castle.

You can see a magnificent model of the third Castle in the Ballroom:  all that remains from the original design are the stables below the North Terrace.

James Wyatt, famous for his improvements at Windsor Castle, designed the fourth Castle.  Still standing proudly above the Vale of Belvoir, it was built between 1801-1832 for the 5th Duke and Duchess of Rutland.

Elizabeth, the 5th Duchess of Rutland was the young, dynamic 18-year-old bride of John Henry, 5th Duke of Rutland. She was the daughter of the 5th Earl and Countess of Carlisle.  As a child she had been fascinated by her father’s lavish and fashionable improvements at their family home – Castle Howard in Yorkshire.

Sharing her father’s passion for architecture and design, the young Duchess could see the potential after arriving at the horribly run-down Belvoir Castle in 1799. Abandoning Capability Brown’s plans to rebuild the Castle, she chose James Wyatt – the leading Gothic romantic architect – to create her dream home.

Today, Belvoir Castle is said by experts to be one of the finest examples of Regency architecture in the country.

In addition, the gardens have undergone several major changes over the centuries – the latest being a two-year restoration programme by the present Duchess to bring the lost plans of Capability Brown to fruition in 2016.

Find out more about the Gardens and Lakes. 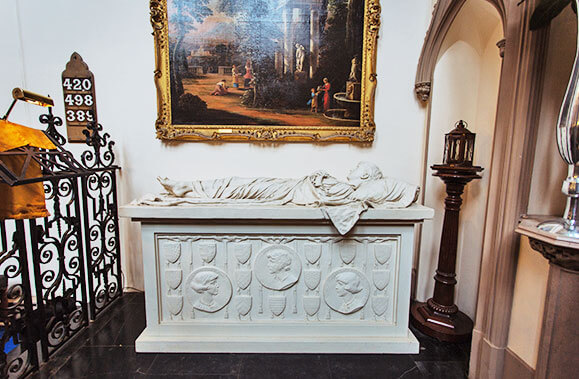 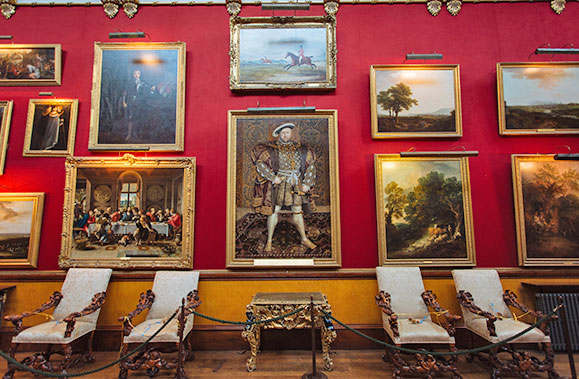 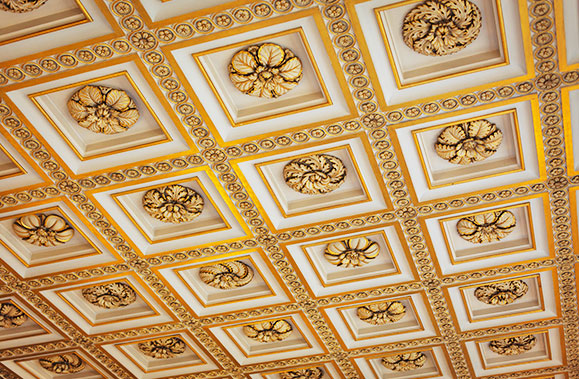 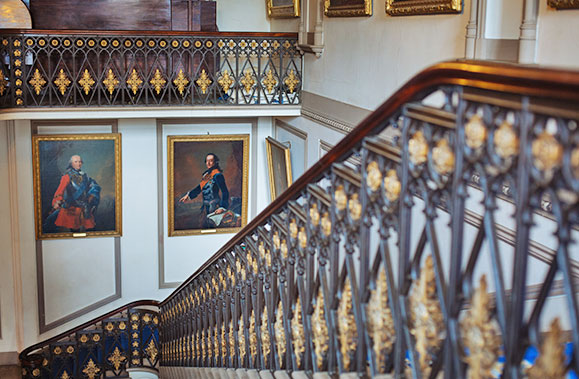 Despite war, fire and family squabbles, Belvoir remains one of our country’s finest Regency castles. We are enormously privileged to call it home and enjoy sharing it with five children, many dogs and a few horses!

You are very welcome to explore the castle and estate. Throughout the year you can join our special tours including ‘what the butler saw’ and ‘above and below stairs’ – this gives you a glimpse into the life of the Manners family and what really happens beyond the walls.

For lovers of the outdoors, there are many new walks through our formal gardens on the castle terrace and into the woodland through the Japanese, Duchess’s and Hermit’s gardens.  The Duke’s Walk is three miles and allows you to take in all the gardens with stunning views.

It’s a very special place. Belvoir Castle isn’t just our ancestral home, it is also somewhere to come together and share celebrations. The castle and surrounding parkland play host to a range of country pursuits, corporate events and wedding parties, as well as featuring in films including the Da Vinci Code and Young Victoria. There’s truly something for everyone here.

We hope you enjoy it as much as we still do. 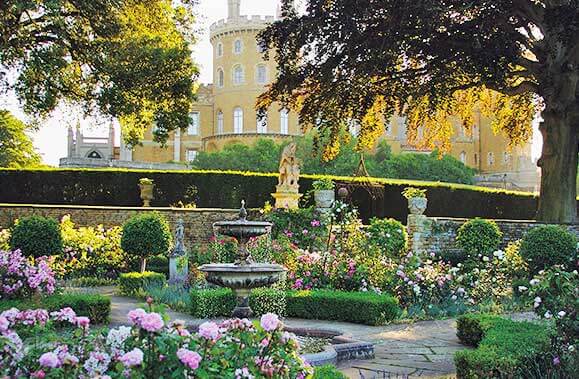