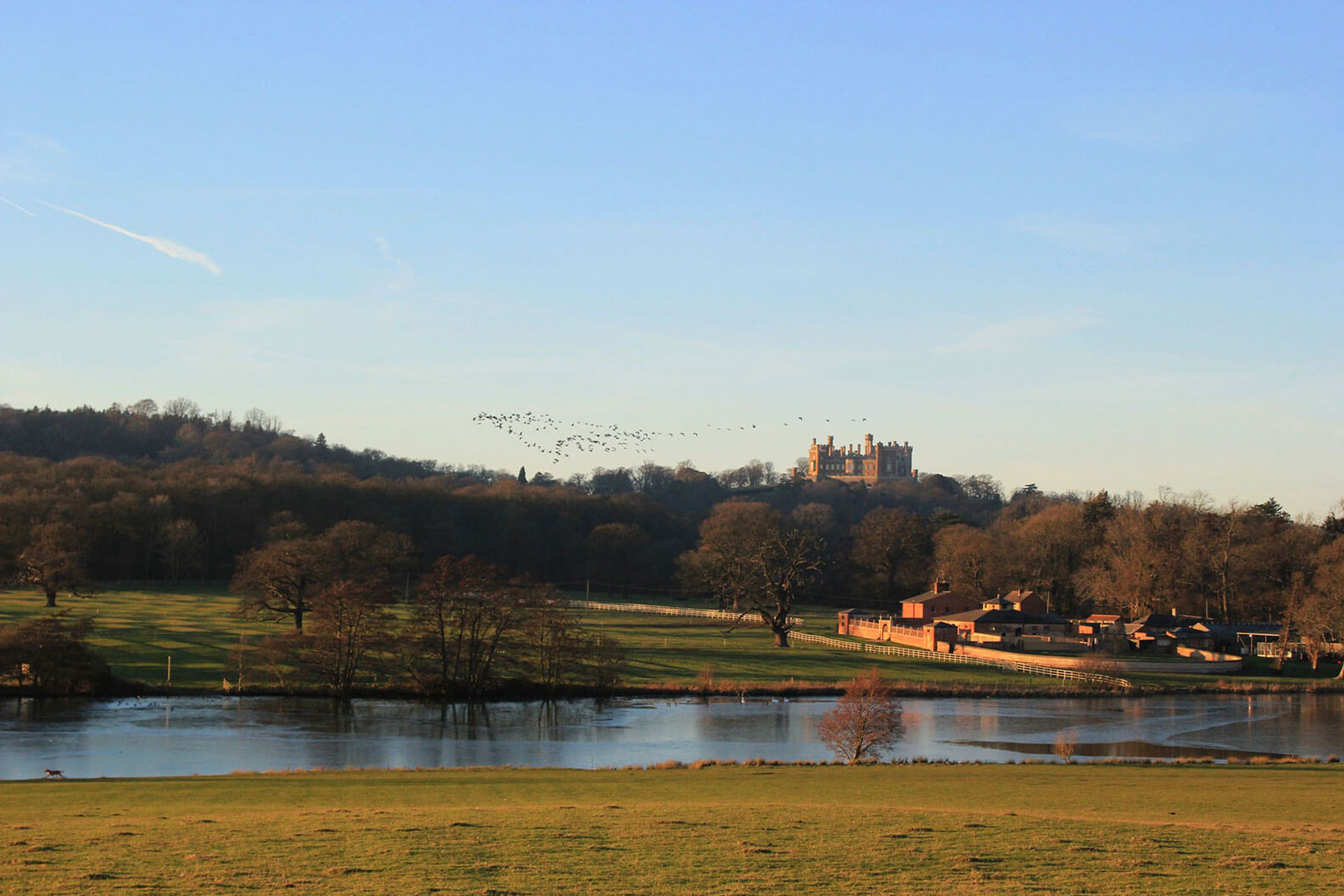 Of the 2000 tons of cut wood stored on the Estate, we use 420 tons of woodchip every year to power our biomass burner. Our goal is to reduce the Castle’s carbon footprint as well as make savings on fuel costs, which as you can imagine, are substantial.

What we love about the biomass burner is that the whole tree can be made use of – all the bent, knotty bits of wood which are no good for other purposes can be chipped. Grown sustainably on the Estate, our wood is a truly green and renewable source of energy.

Every year we supply 600 tons of our surplus seasoned hardwood logs across the Vale of Belvoir. Why not order yours today? 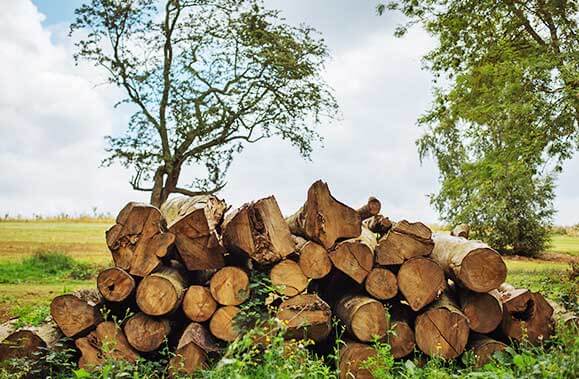 Welcome to “The Belvoir Ark”

One definition of a true conservationist is someone who knows that “the world was not given by their ancestors but borrowed from their children”. As current stewards of the Belvoir Estate, following in the footsteps of our ancestors here over the past thousand years, we are very conscious of our responsibilities in nurturing this land in the best way possible for future generations. The recent demonstrations by schoolchildren around the world, imploring our generation to act now to protect the environment and our wildlife from the dramatic climate change we are seeing, are a timely reminder for us all to do more.

At Belvoir, with over 16,000 acres of mixed farmland, woodland and aquatic habitats we have always prided ourselves on the wide range of animal and plant species that visit, stay and breed here – our biodiversity. Many of these species are threatened as a result of national and international climate change, evidence for which cannot now be denied. We are committed to do what we can for these wildlife species – to create an “Ark” if you like – to protect them from increasingly turbulent weather conditions and other threats to their habitats.

We have a number of projects already underway, and an increasing list of possible future projects, which we intend to tell you about on this page. If you have any ideas for possible projects for “The Belvoir Ark” or wish to get involved further, please do not hesitate to get in contact. 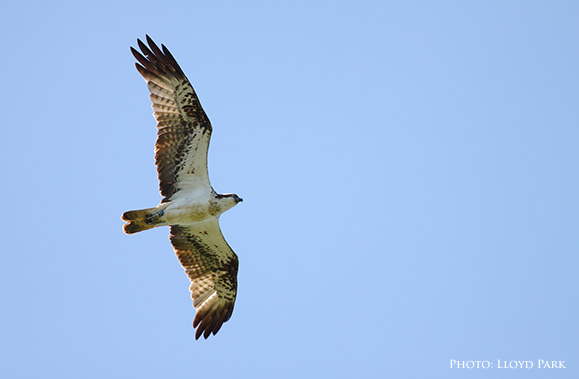 Up to five years ago Ospreys were an uncommon sight in the Belvoir landscape, with records showing that previous regular occurrences dated back almost 100 years and certainly not a breeding species for over 200 years – a time when the Capability Brown designs were first being created in the Castle parkland.

With the success of the nearby Leicestershire & Rutland Wildlife Trusts Rutland Osprey project, helping to establish breeding Ospreys in central England, as well as the fantastic landscape of suitable ponds, lakes and waterways in the area it was inevitable that it would only a matter of time before we began to see Ospreys as a regular sight in the Belvoir area.

The period of March to September see Ospreys arrive back to the U.K having spent the winter months over 3,000 miles away in West Africa. This has become a time to be celebrated on the estate as sightings of Osprey during these months increase. Last year saw several individual birds visit the Belvoir estate, usually unattached male Ospreys who wonder extensively during their summer season in the hope of finding a breeding territory of their own. Some of these eligible bachelors have begun to favour the estate and surrounding landscape during the summer months.

You never know you may be lucky enough to spot one if you are ever visiting us!

In 2019 the Roy Dennis Wildlife Foundation and Forestry England began a five-year project to restore the White-tailed Eagle to England through a reintroduction project based on the Isle of Wight. This iconic bird, with its eight-foot wingspan, was once widespread across England, but was persecuted to extinction, with the last pair breeding on Culver Cliff on the Isle of Wight in 1780.

Young White-tailed Eagles are known to wander widely in their first two years and satellite tracking has shown that the birds released in 2019 have raged extensively this year. One of the birds, known by its ring number G393, and translocated to the Isle of Wight from a nest on the Isle of Mull in western Scotland, has been particularly nomadic.

After wintering in Oxfordshire, the young male ranged widely across much of England during the spring, travelling more than 1650 km over the course of a month between 20th March and 19th April. He spent 11 days in the Peak District and then moved to the North York Moors where he remained until 19th July. He then flew south and spent the afternoon of 20th July on the Belvoir Estate, in and around Granby Wood where he subsequently roosted. At first light next morning he flew to Bunkers Wood just north of Knipton Reservoir, before flying further south into Leicestershire at 10:15 am. He spent a further ten days in Leicestershire and Rutland before heading east to West Norfolk where he has remained since.

You can read more about this bird’s journey, and those of the other Isle of Wight birds on the Roy Dennis Wildlife Foundation website https://www.roydennis.org/category/sea-eagle/isle-of-wight-sea-eagles/. 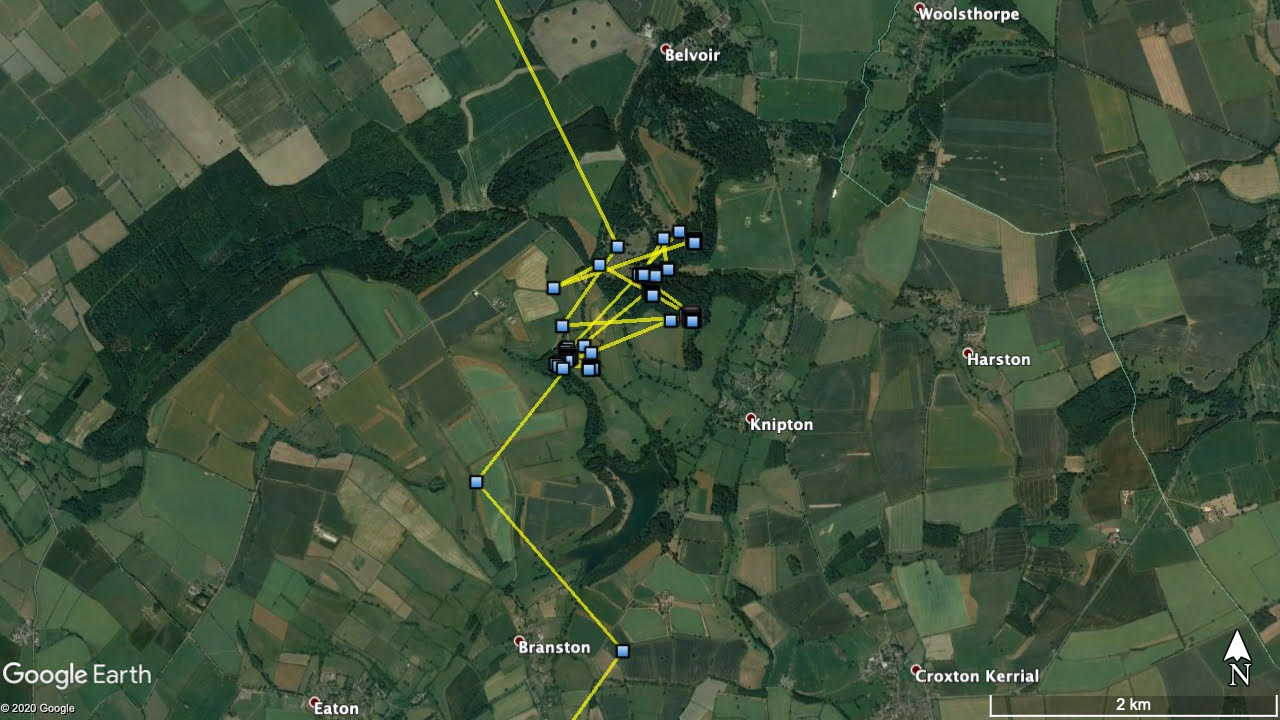 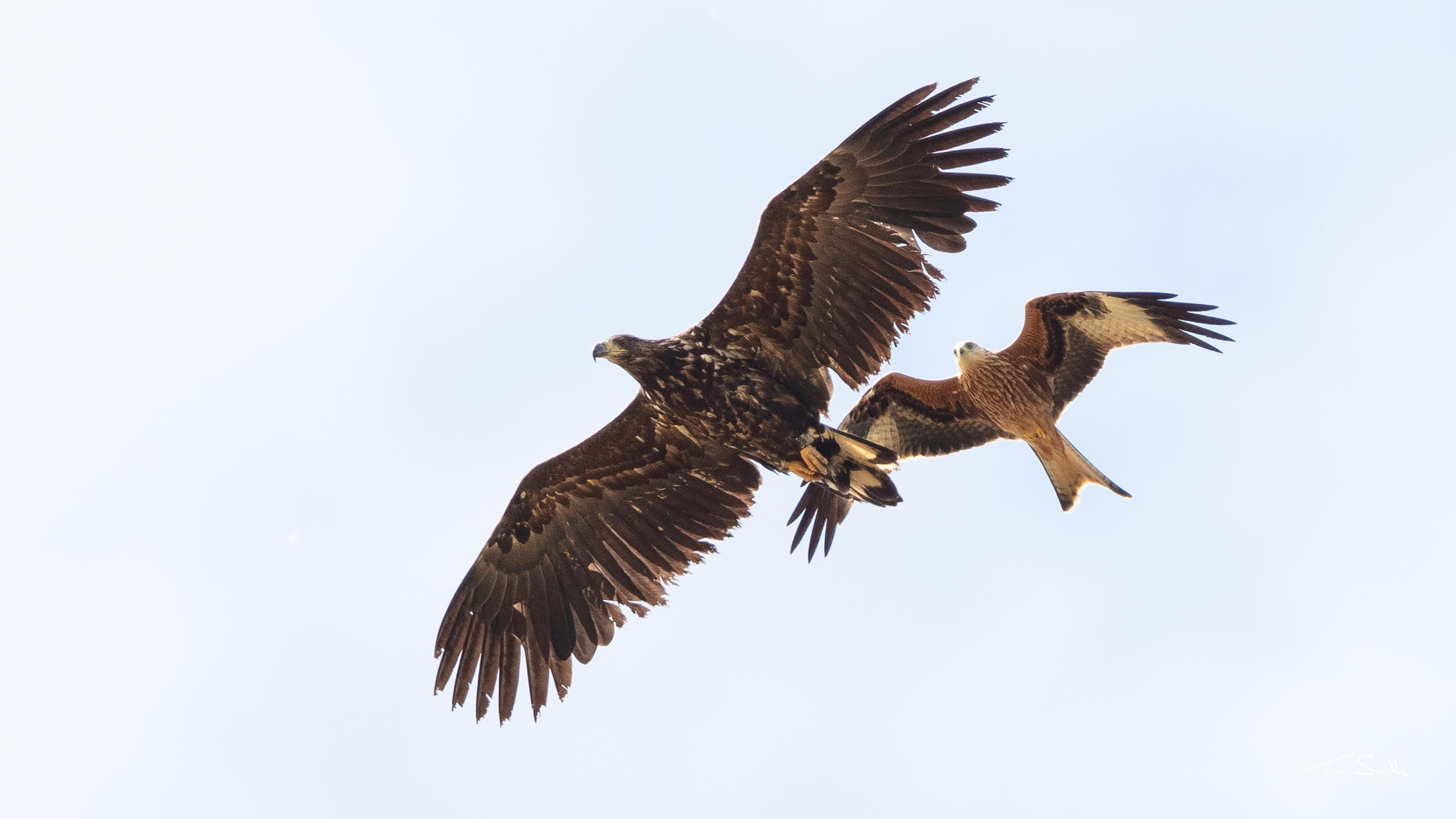 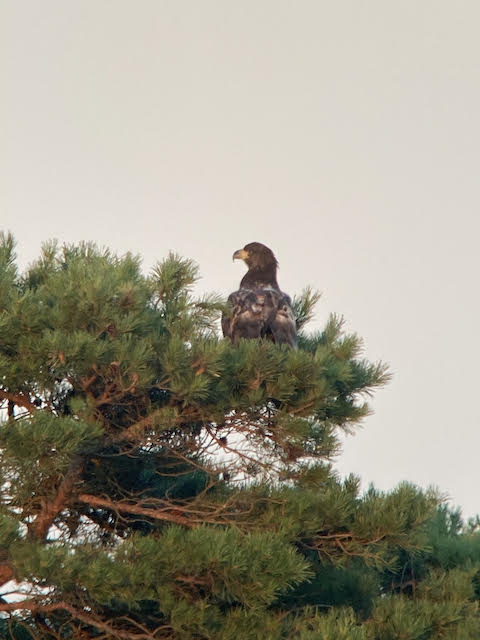 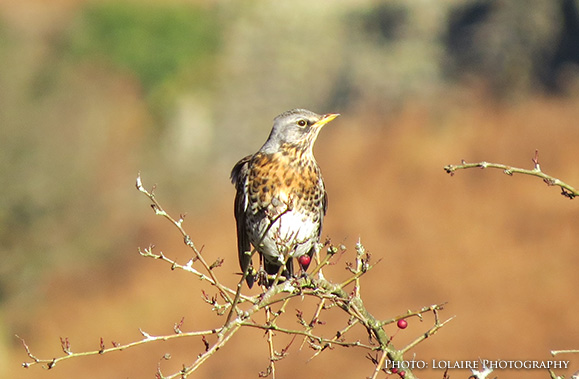 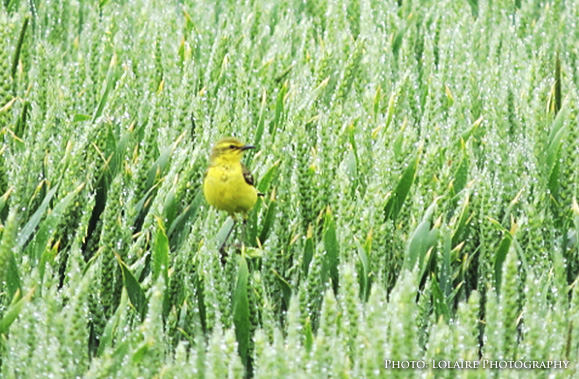 The Red-listed Birds of Belvoir

Following a Summer 2019 field survey of the estate, it was estimated that we provide homes for age least 120 bird species, with 22 of these species currently “Red-listed”, which means they have been identified by the IUCN (International Union for Conservation of Nature) as bird species of conservation concern and at risk of extinction.

We are determined to do what we can to protect these species, particularly those farmland species that have declined significantly over the past forty years.

Over the past five years we have made concerted efforts on the farmland we manage on the estate to plant ‘shelter belts’ (lines of trees and shrub within and alongside farmed fields) to help birds, and we sow over 700 tonnes of wild bird seed mixes each year.

The positive impact on the biodiversity on the estate is particularly noticeable in terms of the bird species seen in these areas. One specific example to demonstrate this were sightings of Tree Sparrows (Passer montanus) in two of these shelter belts in different parts of the estate. They benefit from the shrub understoreys beneath the trees along shelter belts, which provide nesting and roosting habitat with ample supplies of seed (both wild and scattered bird feed) available throughout the year.

Moths on the Belvoir Estate

Unfortunately moths generally tend to get a bad press, which is perhaps unsurprising as a handful of the 2,500 species known to live in the UK are pests around our homes, eating textiles such as clothes (sometimes precious vintage fabrics as we have at the castle), and some foodstuffs, and can cause annoying and occasionally costly infestations.

Because of their largely nocturnal habits, little is known of the vast majority of the 2,500 UK moth species which live in the wild outside our homes. However, recently published studies have shown that many moth species have valuable roles as pollinators of our plant species – their furry bodies being great carriers of pollen – and thus support our biodiversity, and also our agricultural crop production. Concerns have been raised as moth populations have declined approximately 10% each decade since the 1960s. Given their sensitivity to habitats, and affects of pollution and climate, moth surveys are an important way of understanding how our environments are changing and help devise conservation strategies.

Thanks to local volunteers, in the last two years over 7,000 moths of about 450 species have been recorded outdoors across the estate. Most data were collected using light traps. These work by taking advantage of moths’ well-known (and still unexplained) tendency to fly towards a light. Baffles and a funnel below the light direct moths into a collecting box where they can be examined and logged the following morning, before being released unharmed.

Some of the more interesting species inhabit the extensive mature woodlands. Many had not previously been recorded in the north of the county, such as Pale Oak Beauty (Hypomecis punctinalis), Peacock Moth (Macaria notate), Black Arches (Lymantria monacha), White-marked (Cerastis leucographa) and Rosy Footman (Miltochrista miniata). As the pictures show many of these moth species are striking in patterns and colours.

In August 2019, a Dark Crimson Underwing (Catocala sponsa) was trapped in Barkestone Wood, representing not only a first for the county, but possibly the most northerly record in the UK. Interestingly, some species of moth probably benefit from the active woodland management we practice on the estate, as this creates structural diversity and encourages a broad range of ground flora. 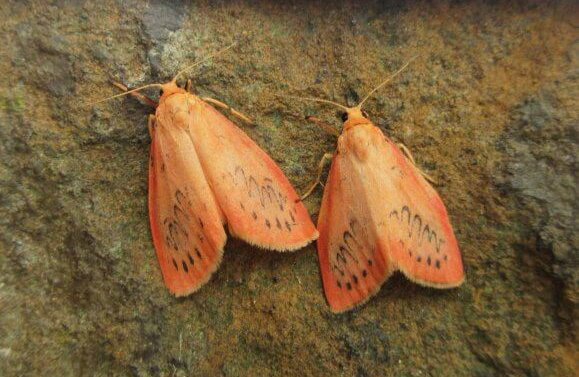 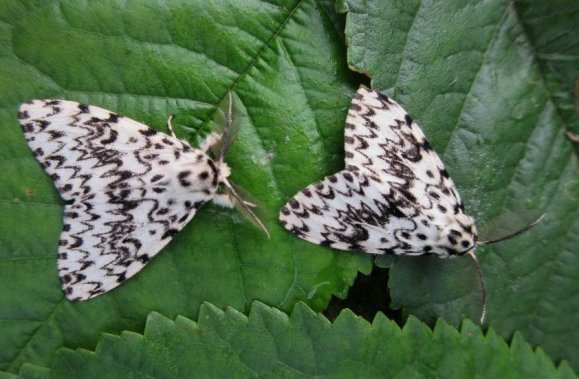