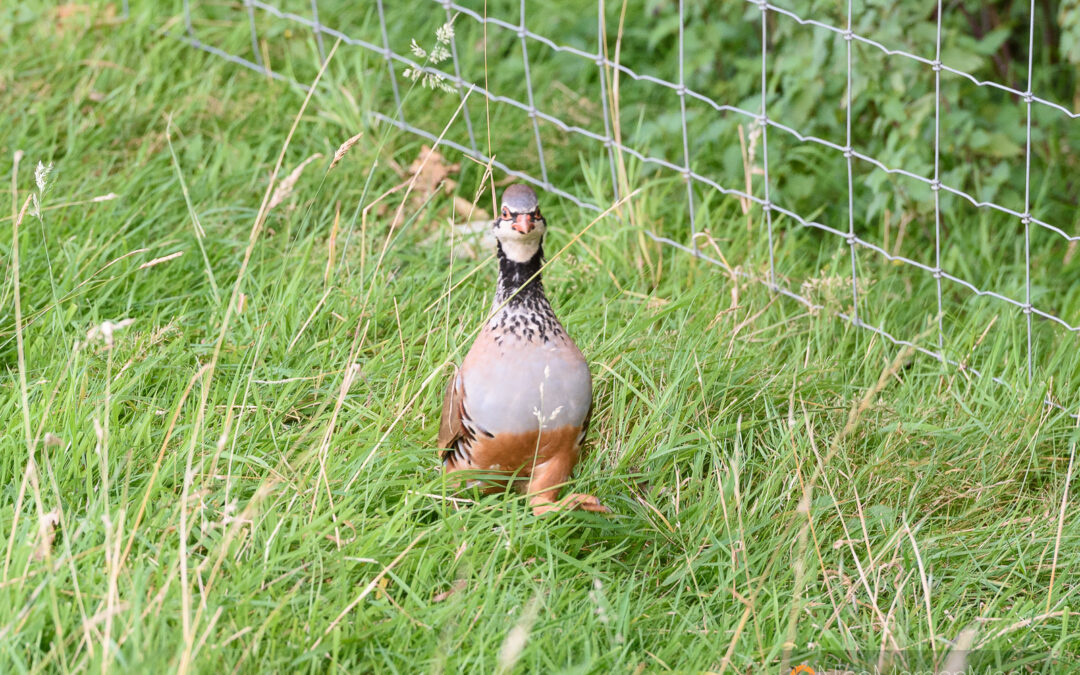 The English partridge population fell by 82% between 1970 and 1998. This has been mainly caused by the loss of insect food sources on farmland. The loss of seed sources and the loss of nesting habitat has also contributed.

GLOBAL CONSERVATION STATUS: Low Concern, Grey Partridge occurs in at least one protected area in the UK, however, there is no form of protection in the UK. International Legislation is in place.

HABITAT: Grey Or English partridge usually live on the ground, most of the time found on arable landscapes such as shrubland, grassland or hedgerows. When laying eggs, they make themselves a small nest which is shallow and lined with plant material.

IMPORTANCE: As both predator and prey Grey partridge play an important role in the food chain. The partridge spread seeds around the farmland as well as fertilised the land.

THREATS: Partridges mainly eat insects and seeds and their predators are Falcons and Fox. Some threat to the species is the reduced amount of farmland, that is being turned into properties.