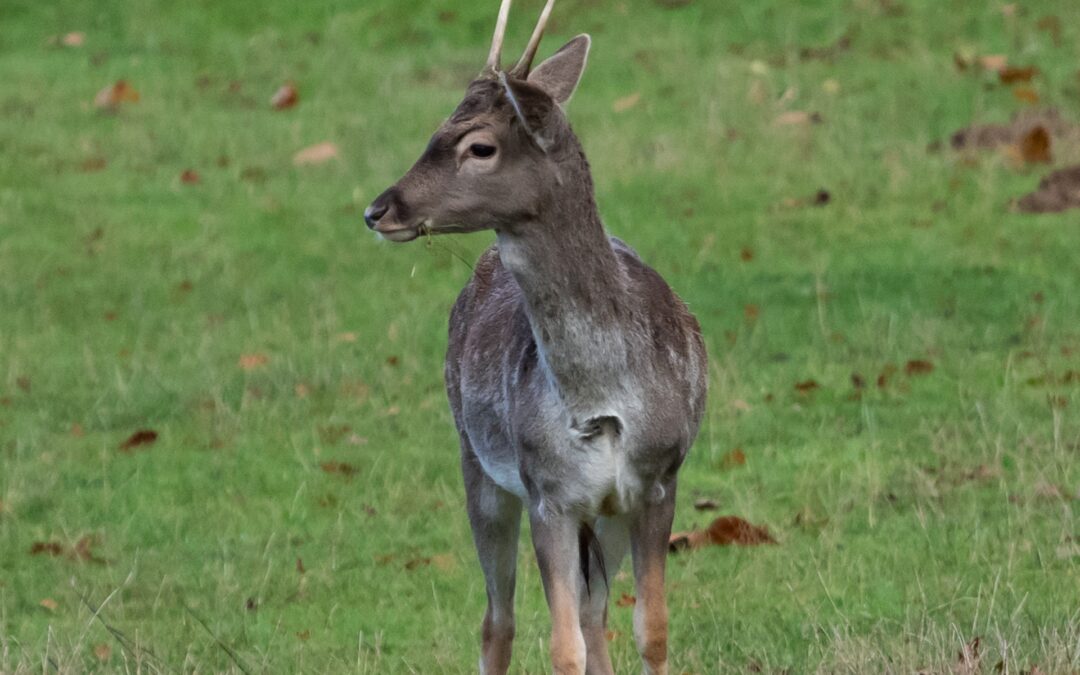 IMPORTANCE: Although usually filling an important herbivorous niche, as an invasive species in the UK with no predators, Muntjac deer are detrimental to much wildlife here, and the reason why we put tree guards up around new shoots!

THREATS: Fawns can be predated by foxes, however, adult Muntjac has no predators. Conversely, Muntjac deer are an invasive threat to many other native species; notorious for eating new shoots and clearing woodland understory, they are responsible for many of the declines in ground-nesting birds such as Nightingales and other scrub dwellers.

FUN FACTS: This species was first brought over to the UK from China in the 20th Century to Woburn Park in Bedfordshire.